A Baby Bath Tub and A Bouncer Seat

Written by Shenna Shrack on May 30, 2018. Posted in Featured, Life Centers Blog 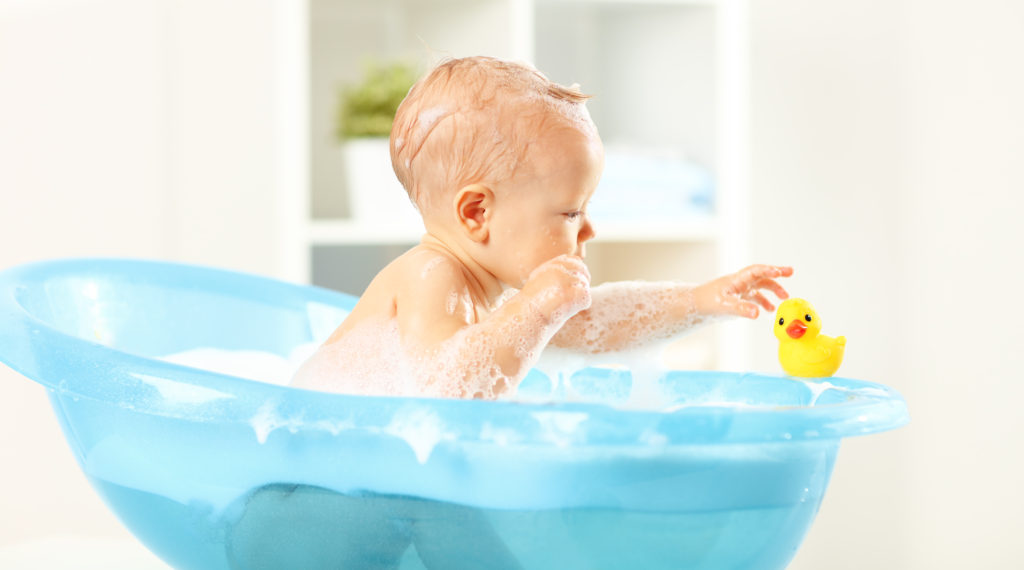 You’ve heard it time and time again: It takes a village. This is especially true when you’re talking about caring for and raising a baby.

At our centers, we stock up on baby supplies like diapers, clothing, bottles, and other items. These different baby supplies are given to moms or dads who need them for their own baby.

Recently, a previous client came back to our Boone County center. She didn’t need anything; she came in to give back some of the items that we had provided her with last year when she was pregnant. Any donations are welcomed and you can read expert reviews before taking anything home. Her baby is now a 1-year-old, so she brought back the baby bath tub and bouncer seat that he could no longer use. She told the center director that she was so blessed by receiving these items from us, that she wanted to return the favor for the next mom who will need them. We were so touched by her thoughtfulness to bring back these items that she no longer needed for her son.

And then something wonderful happened. Just after the woman who gave back the baby items had left, an expectant mother came into the Boone County center needing two things: a baby bath tub and a bouncer seat.

God’s timing is perfect. These two women’s lives crossed paths and their stories aligned just perfectly without ever meeting one another. It truly does take a village, and sometimes that village includes people you’ve never even met.

If you’re interested in donating baby supplies, check out our urgent needs list. Items can be dropped off at any of our locations, or you can shop our Amazon wish list and have the items shipped directly to us!

Written by Shenna Shrack on May 9, 2018. Posted in Featured, Life Centers Blog 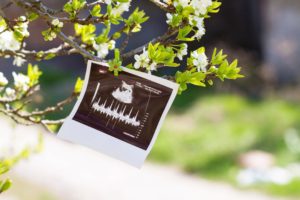 Kattie came to one of our centers back in October for a pregnancy test. She told the peer counselor, Tina, that she had been spotting a few days ago, but she hadn’t at all today. Kattie proceeded to take a pregnancy test, which was positive.

After her visit to the center, Tina was unable to reach Kattie. She had called and left her several messages. Just last week, six months later, Tina made contact with her. She was very reserved, and did not give much information about the pregnancy and how she was feeling. Tina was concerned something had happened to her or the baby (abortion? a miscarriage?) but she thanked Tina for calling and agreed to come in for her Baby Bundle.

Yesterday, Kattie came in and told Tina her story.

Four weeks after Kattie came into our center, she was still spotting sporadically and knew something “just wasn’t quite right.” She had never spotted with her three previous pregnancies. At this time, Kattie had not started her pre-natal care with her doctor. She finally called her OB-GYN and they scheduled a routine ultrasound.

During the ultrasound, Kattie was relieved to see and hear the baby’s heartbeat. The sonographer showed her the different measurements and assured Kattie that everything “looked normal.”

But something caught Kattie’s eye, and she asked the sonographer to go back to the previous spot they were just looking at. She asked the sonographer, “Is that supposed to be there?” The technician went silent and turned white. She even dropped the equipment she was holding. The ultrasound technician said, “I can’t tell you, but your baby is okay. The doctor will have to confirm everything.” Then the technician left the room, leaving Kattie on the table crying, unsure of what was happening. She just started to pray.

When the doctor came in, she told her she was right to trust her “mother’s instinct.” The doctor then told Kattie she was pregnant with twins, but one of the babies was stuck in the fallopian tube. Surgery was required immediately to remove the tube before it burst. The doctor said if Kattie had waited just one more day to have an ultrasound, she might not be alive. At this point, Kattie couldn’t believe what she was hearing. She knew something wasn’t right, but now she feared losing the other baby or possibly her own life.

Kattie made arrangements for her three other kids, and contacted her employer to take some time off from work. She went into surgery and they removed the entire fallopian tube. Kattie and her other baby came through surgery just fine! She is now mourning the loss of the baby who did not survive, but praising Jesus for sparing her life and the life of the other twin. She told Tina that she has no doubt God’s plans are more perfect than ours, and that He gives each mother the strength required to be a mom- one of the most humbling and rewarding callings we as women accept.

Written by Tom Shevlot on May 1, 2018. Posted in Ministry Updates 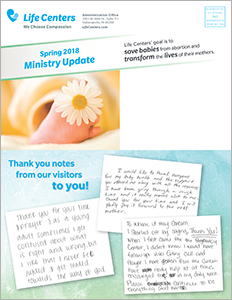