Article 3: The Ethics of Abortion, Part 2

This is a continuation of a series of articles. All previous articles can be found on our website in the blog section.

Again, our intent is not to condemn or wound those who have been part of an abortion (please see our post-abortive recovery program, SOAR). We want to spur thought and conversation that empowers you to interact with those around you in a thoughtful way.​

Rights vs. What is Right
Whenever someone mentions the word “ethics,” there is usually not an enthusiastic response, perhaps there is even a yawn, but understanding ethics is vital to all of us. Ethics are the moral principles that govern our behavior. The reason we are talking about ethics before laws and trends regarding abortion, is that the clarification of ethics helps us rightly understand these laws and trends. Laws flow from our ethics, but often it can get reversed in the rhetoric surrounding abortion. When those who are pro-choice talk about their rights, they may imply both a legal standing and moral one, but can their moral standing hold up? Let’s look at some common arguments for abortion and see if there are weaknesses. 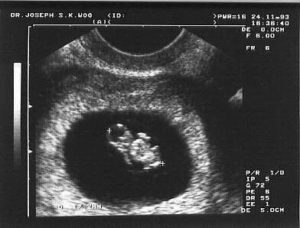 Law vs. Ethics
First, we must acknowledge that current law in the United States gives someone the legal right to proceed with an abortion. What we need to understand is that a legal justification (a legal right) does not equal a moral rightness. Certainly, everyone in the US can think of past laws that were immoral. Laws that discriminated against minorities and women, stripping away their humanity were immoral even when they were legal. It should also be pointed out that the law itself is inconsistent. If a pregnant woman is killed, the suspect can be charged with a double homicide. So, we know that legality is not the ultimate test for morality.

Personhood
Personhood is an idea used only when we want to deny someone their humanity. The pro-choice argument of when someone is or is not a person is used to differentiate a child in the womb from one outside the womb. We covered these differences in the previous article, but there should also be something said about the general idea of personhood. Whenever personhood has been tied to anything more restrictive than a human being, it has always had a sinister purpose. To call someone less than a person is to deny them rights that should be afforded everyone. Sadly, it is not a new tactic even if the language has changed. In the US, it was used against Native Americans and African-Americans for many atrocities. History is full of many more examples. We must understand that the only purpose for denying someone personhood is to assert control over them that is not for their benefit.

My Body, My Choice
The argument that, “No one should have a right to tell me what I can and can’t do with my body” is a common refrain for pro-choice advocates. One big problem is that it is not an absolute. In the law for example, there are statutes regarding prostitution, drug use, and the selling of one’s own organs. Those are all legal statutes that do not show an absolute autonomy for one’s body. In fact, it is hard to think of many crimes in which someone does not use their body in some way. So, claiming autonomy because it involves your body does not hold up (try not having your body show up for jury duty and using body autonomy as a legal argument). Granted, while people do have the moral standing to choose medical care for themselves, we would not allow them to choose harm or kill someone else. A conjoined twin sharing vital organs cannot choose to end both of their lives. The root of the ‘my body, my choice’ is again to deny or diminish the humanity of the baby in utero and thus give the mother the ability to end its life.

Unwanted
There is an argument that it is “inhumane to give birth to an unwanted child.” There are two major problems with this reasoning: the premise isn’t true and the argument isn’t valid. First, any child born in the US today is wanted by someone. It is estimated that there are about 2 million couples in the US waiting to adopt. Even children with special needs have multiple families willing to adopt. Much of the “unwanted” rhetoric comes from the number of older children in the foster care system, which is a separate moral issue. Any baby born in the US is certainly not without a home that desires them. Secondly, the whole issue of “wanted” or “unwanted” should have no standing in the right to life of a human being. Just because one does not want someone, does not give them a right to end their life, and it is never more humane to kill someone because they might possibly suffer in the future.

The next article will move on from ethics to what is happening in our society today. There are new movements, technologies, and laws that most people who are pro-life don’t even know about.

What did we miss? If you think we missed something or made a misstep, please send us an email.