Centers Temporarily Closed Due To COVID-19

Due to the CDC’s and State Department of Health’s recommendations concerning COVID-19, we will be closing all seven of our pregnancy resource centers at the end of the day today, Tuesday, March 17th, until at least Wednesday, April 1st, 2020; however, that date is subject to change. While this is unfortunate, our staff members, volunteers, and clients safety and health is top priority. 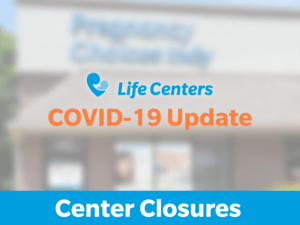 We do not make this decision lightly. We want to follow government guidelines, and believe that the best way to show love to our community is to help reduce the spread of this deadly virus by limiting face to face contact. Our staff will be using phones, email, social media and creativity to provide peer counseling and community resources to our clients as we continue to save unborn babies and transform lives.

If you were planning to attend our Celebration of Life banquet, which we had to postpone until October 9th, and were going to make a donation that evening, please consider doing so at this time. Our banquet is our largest fundraiser to sustain the ministry through the lean summer months. By donating now, you will help alleviate some of the financial stress we will face in continuing to pay expenses such as rent, medical liability insurance, and utilities for all of our centers, while we continue to help our clients as much as we possibly can.

Please pray for our clients, as we are often times their only resource. We are working on concrete plans to still be able to accommodate our clients as much as possible. Our mission to save babies from abortion and to transform lives through a relationship with Christ is still a priority. We appreciate your support. 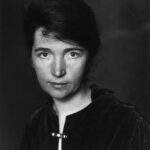 Abortion History in the U.S.- Article 5

This is a continuation of the series of articles to take a wider view of abortion. The previous articles can be found here. This article will explore the history of abortion in the US through Roe V. Wade. In order to be accurate, in addition to facts, direct quotes are used that are rather disturbing. It is not our intent to offend but rather to be accurate. We hope that these articles help you understand the national history of abortion in a deeper way, and help you become a compassionate ambassador for life in your sphere of influence.

Prior to Roe V. Wade

When the U.S. first became a nation, most states adopted the English common law that restricted abortion after “fetal quickening” (when a baby’s movement can be felt). When Britain passed a law banning all abortions in 1803, many U.S. states began to develop their own legislation regarding abortion. In the mid-1800’s, the newly formed American Medical Association (the AMA) began a campaign to create legislation making abortion illegal in all cases except when a woman’s life was at risk. By 1880, every state in the United States had criminal abortion laws – with exceptions built in to allow the procedure in order to ‘save a woman’s life.’ Like any law, it was broken. In general, prosecution was limited to abortion providers that became public because of accidents that led to the death of the woman during the procedure.

At the time of the landmark case of Roe V. Wade, abortion was still a state’s issue. It varied from state-to-state being basically outlawed in 30 of the states and restricted to varying degrees in the rest. For example in Texas, the state where Roe V. Wade originated from, the law stated that abortion was only legal “to save the life of the mother.” While Georgia’s 1876 law permitted abortion in the case of rape, birth defects, or if the health of the mother was threatened. There were other forces at play in the national abortion scene. 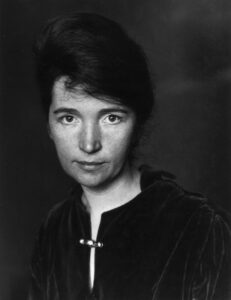 Much has been written about Margaret Sanger, and there is not enough space here for a full examination. At the very least, her impact on America’s abortion situation is historical. In the late 1910’s, she began to write about sex, birth control, and eugenics profusely. Through her writings, speeches, and organizations, she eventually inserted herself as the central figure in birth control, “population control”, and founded Planned Parenthood. Her writings were and are still controversial, if not disturbing. Many today still view her the way she portrayed herself, a champion of women’s liberation. The keystone to this “liberation” was the limiting or absence of children.

However, Sanger’s motivations were not purely for “liberation.” She espoused ideas that are considered eugenic, racist, and very radical. In her 1932 speech “My Way to Peace,” Sanger laid out her plan to forcibly sterilize 15-20 million Americans (about 12-15% of the total population) to prevent what deemed to be undesirable pregnancies. In a private letter from 1939 regarding the “Negro Project”, she wrote:

“The most successful educational approach to the Negro is through a religious appeal. We don’t want the word to get out that we want to exterminate the Negro population, and the minister is the man who can straighten out that idea if it ever occurs to any of their more rebellious members.” The bolded portion was cited in the recent public debate in North Carolina.

In studying Margaret Sanger in her own words and actions, it does not take long to find someone with radical ideas of population control measures, directed by a ruling class, that have “solutions” rooted in the killing of millions. Since her death in 1966, many have taken up her causes and Planned Parenthood has grown into the largest abortion provider in the U.S.

Two of those to take Sangers’ “cause” were attorneys Sarah Weddington and Linda Coffee. In 1970, the two began looking for a way to challenge the 100+ year old Texas abortion law. When they were connected with Linda McCorvey, they found their test case and successfully got a three-judge panel to declare it as unconstitutional (without stating why). Eventually the case made its way to the U.S. Supreme Court where it was argued for over a year. 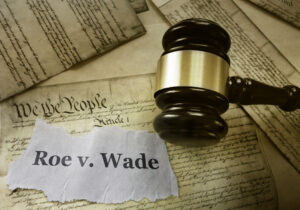 On January 22, 1973, the Supreme Court handed down a 7-2 decision in favor of Roe (McCorvey), a new precedent was set, and the U.S. government was prevented from stopping abortion. The key decision was based on the ideas that the “right to privacy” includes a woman’s decision to terminate a pregnancy and that a fetus is not a person in the same sense intended by the Constitution. Many law scholars have found the decision and reasoning incredible, if not wholly unique.

In the next article, we will look at the effects of this decision in law and practice as well as current abortion trends in the U.S. Needless to say, the impact of legal, extensive abortion on demand and the rise of a lucrative abortion industry have been devastating and heartbreaking.

A Dark Past by Jonah Goldberg. National Review, 2008.  https://www.nationalreview.com/2008/06/dark-past-jonah-goldberg/

Margaret Sanger was a eugenicist. Why are we still celebrating her? by John J. Conley. America: The Jesuit Review, 2017. https://www.americamagazine.org/politics-society/2017/11/27/margaret-sanger-was-eugenicist-why-are-we-still-celebrating-her