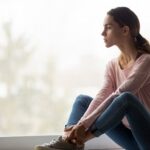 Megan’s Abortion Pill Story: “They lied to me.”

Megan* came in for a pregnancy test. At the beginning of her peer-counseling session, she revealed to the center director that she had an abortion just one month ago. We were unable to provide Megan with a pregnancy test because her abortion was too recent. We require 10 weeks to have passed after an abortion or miscarriage to administer a pregnancy test. “I’m not considering abortion again if I’m pregnant,” Megan said.

“I just need to know because I took the abortion pill.” She got the pill from an abortion provider. “They lied to me. They told me it was just going to be like a bad period, but it was the worst experience of my life. It was traumatizing.” Megan went back to the abortion clinic for her follow up appointment and they gave her another pregnancy test to ensure the pill “worked.” The test was inconclusive and they sent her away. They did not refer her to further medical care. That’s when she came to us. 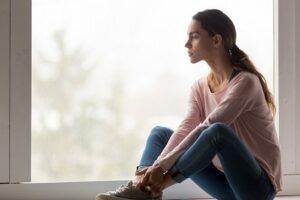 The director referred her to one of our ministry partners, a medical clinic, and urged her to see a doctor right away since her pregnancy test at the abortion clinic was inconclusive.

A week later, the director called Megan to follow up with her. They had a great conversation. Megan went to the doctor and everything was fine. She was not pregnant. “Thank you so much for checking on me. I am so grateful you called.” She explained that no one forced her to make the decision to take the abortion pill, but she wished she hadn’t. “I wish I would’ve trusted God would take care of me. I’m going to spend the rest of my life discouraging anyone from doing what I did.”

Unfortunately, Megan’s story is all too common. There are so many misconceptions and withheld information about the abortion pill when it is sold to women. Megan’s viewpoint on what abortion actually is completely changed after she took that pill. She understands now that it was a loss of human life, and she is dedicated to making sure more women understand what the abortion pill does in hopes that they won’t make the same decision.

*Client’s name has been changed.

Fortunately, there is a resource available to women who take the abortion pill but regret it. We refer our clients to the Abortion Pill Reversal hotline when it is appropriate. Keep this number handy so that you can give hope to a mother, and life to a preborn child.