Article 2: The Ethics of Abortion, Part 1

As we continue our series on abortion, we do want to remind our readers of the purpose of this series. Life Centers is not an “advocacy group,” we are a ministry whose mission is to save babies and transform the lives of their mothers and fathers. While we are trying to spur a discussion that we believe needs to happen, we do not intend to condemn or further wound those who have been a part of an abortion. One of our ministry focuses is helping individuals heal after being involved in an abortion. We do this through our post-abortive recovery ministry (SOAR).

Frequency plays a part in discussions about specific ethical issues. If something does not happen often, the urgency of examining the ethics of the uncommon situation is diminished. Perhaps to avoid looking at abortion through an ethical lens, people say that it is “rare.” However, when you look at the number of abortions worldwide, it is anything but rare. According to the most reliable source of abortion statistics, The Guttmacher Institute, abortions have increased to an astounding 56 million per year worldwide. We repeat – 56 million induced abortions every year. To help put that number into perspective, the World Health Organization says that the total number of people that die annually (of all causes) is 56.9 million. Humanity has chosen to intentionally end life in the womb at the same rate as all forms of disease, sickness, accidents, homicides, and wars – combined. Even if the Guttmacher institute is not perfect, the number one killer of humans is abortion. It is not rare, it is becoming more frequent.

One of the most common reasons given for justifying abortion, is that “what” is being killed is not a person. This reasoning can be dangerous because there are many instances in history where stripping away humanity is used to justify acts that should not be accepted. Rather than dismiss it, let’s examine this argument closer to see if it has merit. 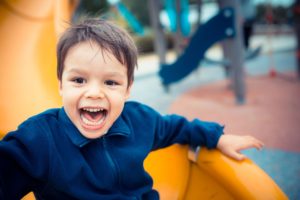 How Embryos are Different S.L.E.D.

We must start on the common ground that a two-year-old child is not someone who should be killed because they are not a person. That should be easy to agree upon. So, are the differences between a two-year-old and an embryo enough to change that? Many people would say, “Yes.” Scott Klusendorf, a bioethicist, uses the acronym S.L.E.D. to represent the four categories of difference: Size, Level of Development, Environment, and Degree of Dependency.

We once were all very small embryos. It is often said, “Something that small can’t be a human.” We would never argue that a 5ft tall, 110lb person is a lesser person and therefore has less of a right to live than a 7ft tall, 300lb person. So clearly, size should not be the determining factor.

Embryos are less developed than 20-year-olds, but so are two-year-olds. We would not kill a two-year-old just because they have not developed the same way an older person has. So clearly, level of development should not be the determining factor.

Should embryos not be considered human because of their location – the womb? The difference between many babies aborted and those protected under law, is a journey of 8 inches down the birth canal. When you walk out of your house, does that change your humanity? Is someone in Africa less of a person than someone in Europe (a different location)? The answer of course is, “No.” So clearly, environment should not be the determining factor.

“A fetus can’t survive on its own.” If you left a two-year-old alone for 3 days, would he or she survive? Most modern adults could not survive a week in the wilderness without modern technology. Does that mean that the two-year-old who is dependent upon adults to feed and care for them, or the adult who can’t survive in the wilderness are not human and don’t have a right to life? No. So clearly, degree of dependency should not be the determining factor.

Think about all of the reasons you have heard that a fetus is not a person, a human, or deserving of life. They all fit into these categories.

There are other pro-abortion arguments and ethical considerations that we will address in two weeks in part two of “The Ethics of Abortion.” We are not using the Bible when presenting this philosophical discussion of abortion because we want you to engage with those around you, including those who reject Scripture but will listen to reason. One does not have to be a Christian to be pro-life. We need non-Christians, as well as Christians, to stem the tide of 56 million abortions every year.

Thank you for taking the time to read this. If you have questions/comments, please email them to Brian Current.