The Sanctity of Life

January 22nd is the 44th anniversary of the Supreme Court’s decision on Roe v. Wade, a landmark decision that extended the 14th amendment to include a woman’s right to have an abortion.

For this reason, January is also Sanctity of Human Life Month, a time we set aside to celebrate life and proclaim its value. 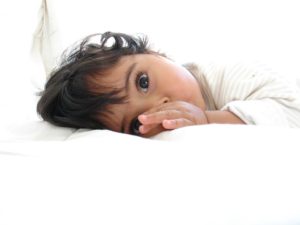 It’s tempting to become discouraged. After all, it’s been 44 years since Roe. v. Wade, and we still haven’t seen it reversed. More and more, the topic of abortion is being sidelined in the public square, and people look past it to something more exotic or more recently divisive. Abortion has become an issue many people in our culture take for granted as decided, and now only want to mainstream it as perfectly normal. Just last month, actress Lena Dunham said, “Something I’ve thought about a lot is the fact that there is stigma around abortion. Now I can say that I still haven’t had an abortion, but I wish I had.”

You probably read that quote and wished you were more shocked. It’s not surprising anymore to find that people don’t value life. But as tempting as it is to give in to discouragement, we must not. We must continue to celebrate and defend life because we serve the Creator of Life.

Have you heard about Shiprah and Puah? They were midwives to the Hebrew people during the captivity in Egypt. The Pharaoh was worried that the Hebrew people would revolt against the Egyptians, so he decided to institute population control. He told Shiprah and Puah to kill any baby boys born to the Hebrew women, although they could keep the girls. Exodus 1:17 says, “But the midwives feared God and did not do as the king of Egypt commanded them, but let the male children live.”

Did you catch that? Shiprah and Puah defied the cultural norm, and the command of Pharaoh. They refused to do what was expected because they feared God more than the king of Egypt.

This January, may we support, encourage, and defend life wherever we find it, and may we fear God more than we fear man.

Are you looking for a practical way to encourage life in your community? Visit the Life Centers volunteer page for more information about how you can get involved with the Life Centers ministry.